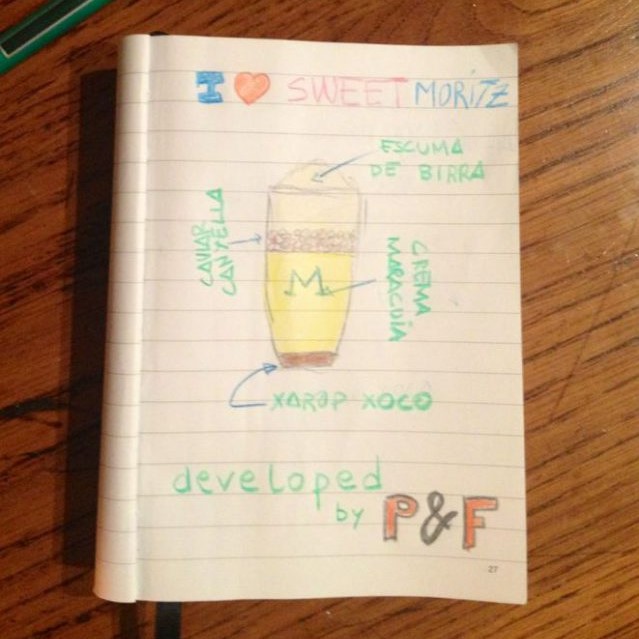 Paula & Flip are an anomaly in the world of gastronomy: Firelight prefer to flash. They were known immediately and as quickly lost interest in fame. The laurels only used to flavor stews. Prior to Paula & Paula Casanovas Flip and Flip were Planas. She, owner of Les Petxines in Lloret de Mar and he founded the Ot in Barcelona 96. They belong to a lost generation or insufficiently temperamental chefs recovered ahead of their time.

As globetrotting chefs and have your life in the dishes they create, and for this we have invited to create the new menu Ocaña Spring Barcelona.

Describe the style letter « ocañil » which mixes Mediterranean, Arab culture with French through mexico and east, described as cosmopolitan. It is a letter enfoacada for people with an open mind and palate. The tastes are recognizable by all with a touch of creativity. Enhance the concept of Urban Tapas, small dishes with a great job back and exquisite taste.

But not by bread alone does man live, has also done a great job in candy. Who said the beers were only the appetizer? They invented the first beer with a spoon and have named MORITZ I LOVE SWEET. Want to know how? Reserve your table by calling 93 676 48 14 and let yourself go in the creative hands of Paula & Flip and Spring 2013 our new menu.