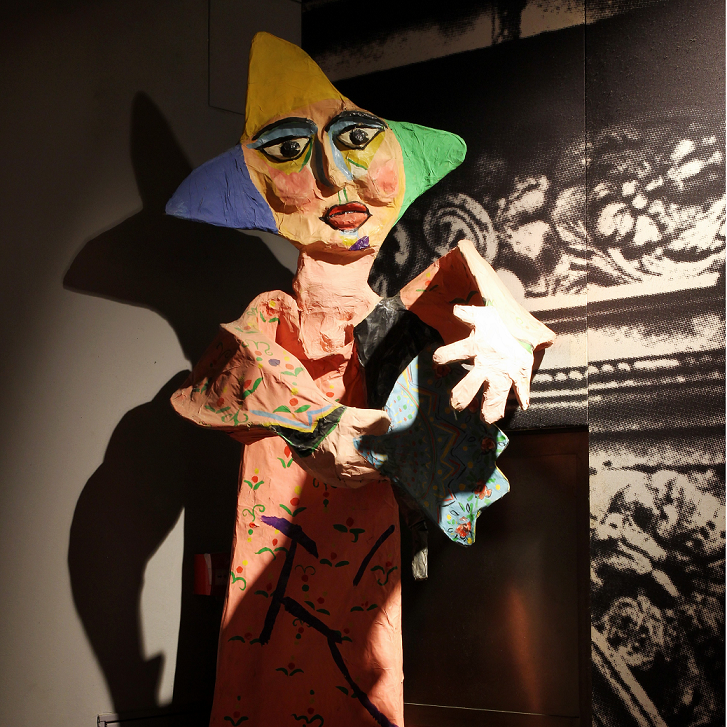 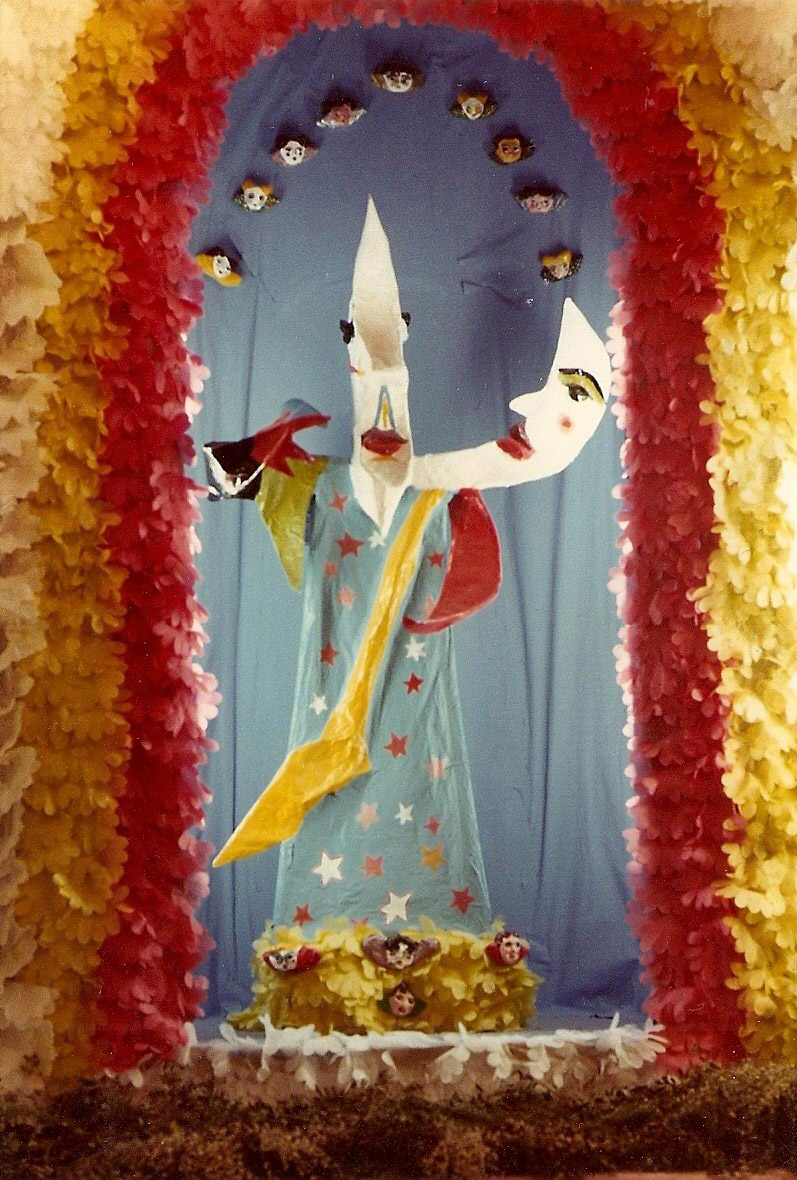 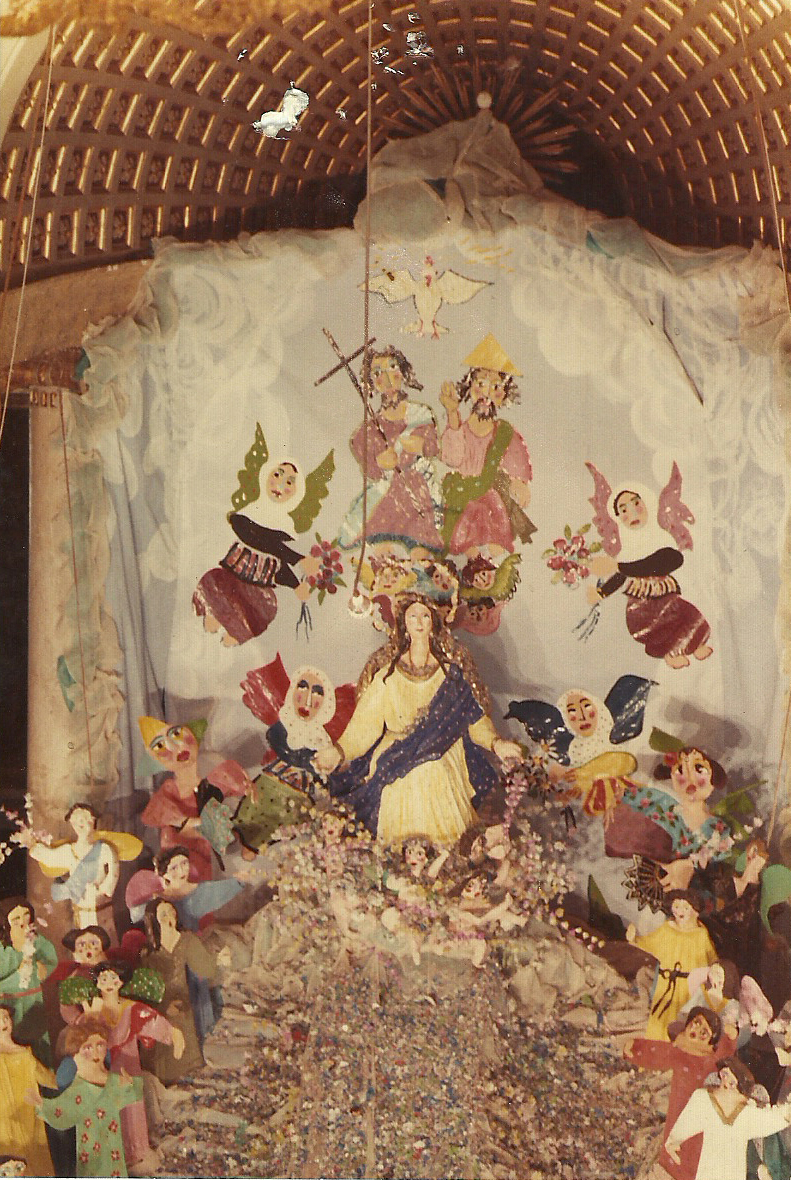 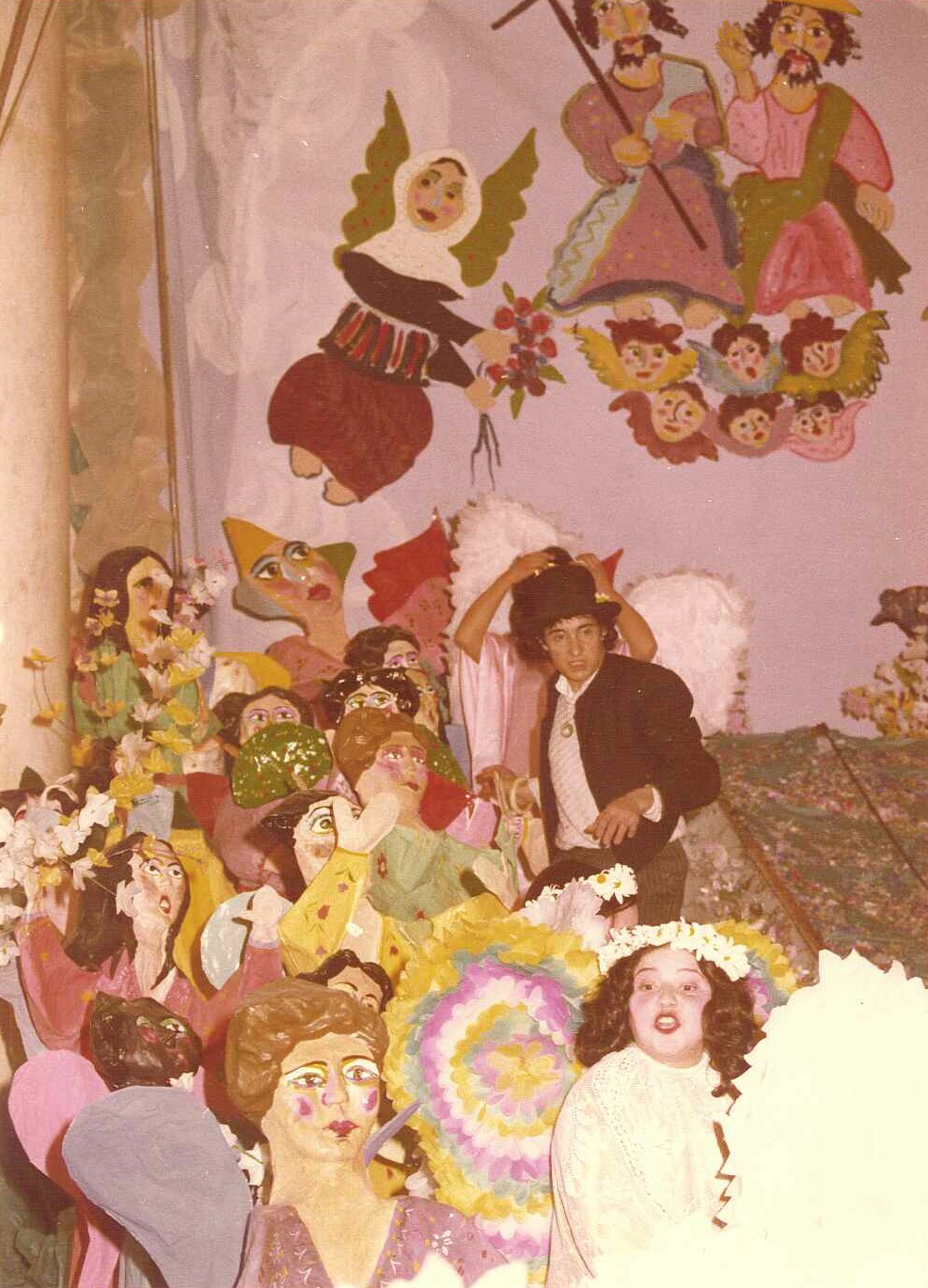 The papier-mâché statue in the Café was made by José Perez Ocaña.

Born in Cantillana, a small town in Andalusia, Ocaña came to Barcelona where he first made his living painting houses. Then he began to paint as an artist and to make papier-mâché statues. Much of his art revolves around religion and the Virgin of Cantillana. His statues are virgins, gods, divinities, surrounded by many angels.

Photos of Ocaña’s exhibition in Palma in 1983. More photos: here.

Although we thought the statue we have in the Café is an angel, it does not resemble very much the other angels that Ocaña made, so we rather think that it is a divinity, the Star divinity, as he also made the Moon Virgin.

On the body of the statue you can see the sickle and hammer, symbols of communism. We do not know very well if they were drawn by Ocaña or if they were added later. One legend says that Ocaña drew these symbols to defend himself and show his commitment to communism to his brother who said he was apolitical.

Many thanks to Pere Pedrals i Portabella for his help. Source: Archivo Ocañí.