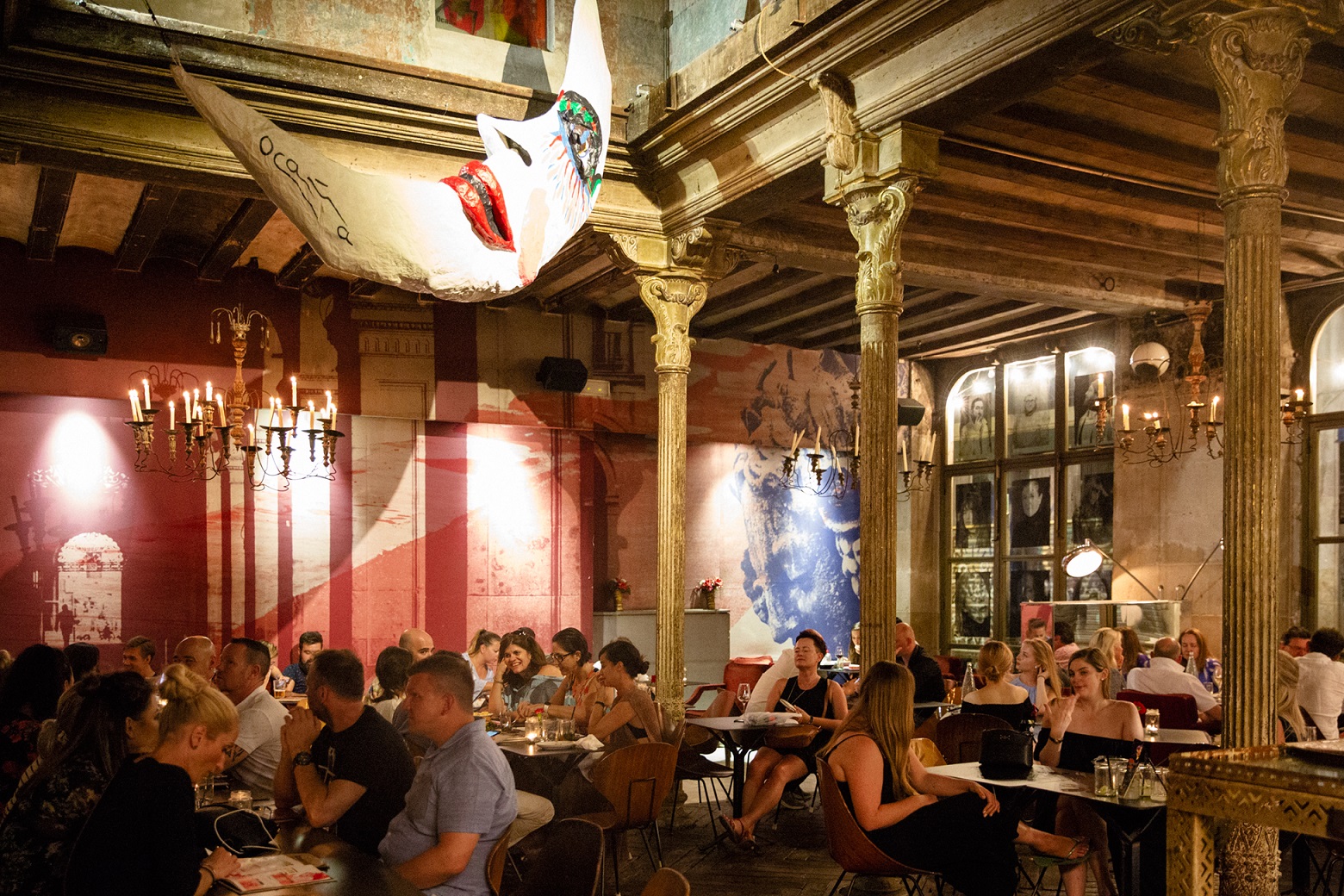 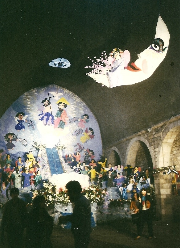 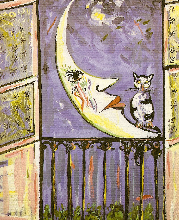 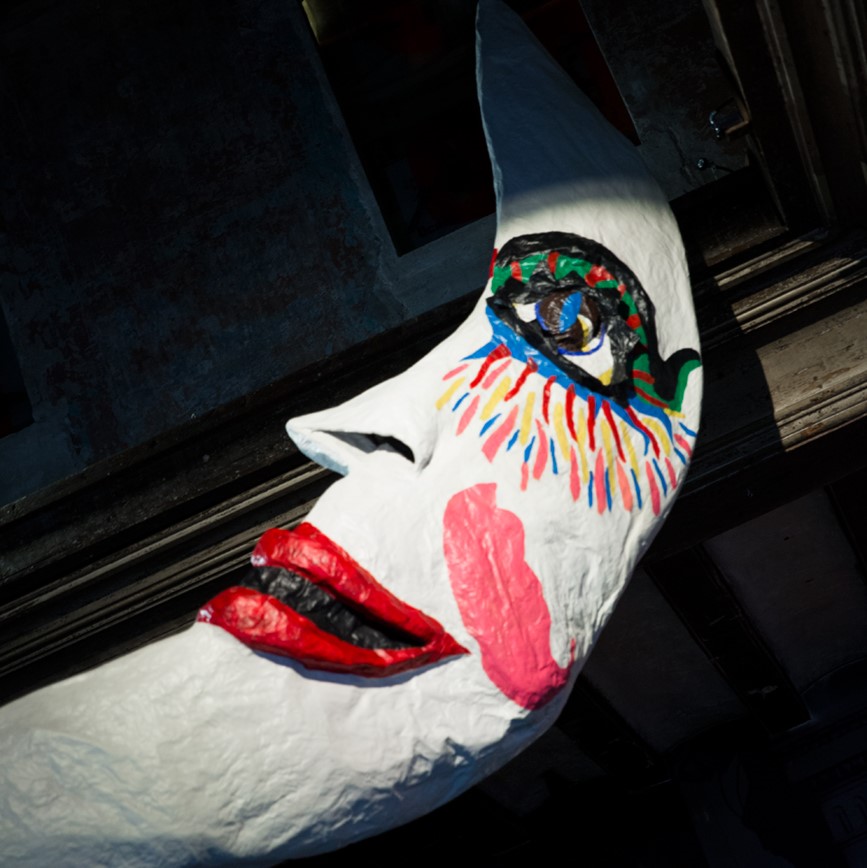 Created to crown its exhibition La Primavera (April and May 1982), this paper mache half-moon of almost three meters (293 cm from end to end) hung from the ceiling of the chapel of the Antic Hospital in Barcelona, ​​flying over 200 works, including drawings, watercolors, oil paintings and other sculptures.

The moon had a little angel in her lap and she was sitting in her lap, remembering the image of the Pierrot swinging in it. It is known that Ocaña identified with both, with the sad clown and the moon, so it is not surprising that he painted it with the typical makeup of the white-faced clown: the arched eyebrows, the fleshy lips and some tears that, being from Ocaña, are colorful. By the way, the little angel is no longer preserved, like so many other paper maché figures from Ocaña.

The moon is a recurring motif in the whole work of Ocaña, but this one in particular. We find it again, almost identical, in an acrylic that Ocaña painted a year later, a few months before he died, poking through one of the balconies overlooking Plaza Reial and with a cat perched on his lap.

This moon, in short, becomes the image that represents Ocaña. For example, he not only used it to illustrate the posters of the following exhibitions in Palma, Santander and Donostia (although not all could be shown by the size of the moon), but even stamped, with huge letters, his iconic signature on one of their faces

Other graphic documents of the moon are the photos of Colita and Gaspar Fraga’s video of the transfer of the works of La primavera, from the Plaza Reial and up the Rambla, in a kind of procession of virgins and angels that led the moon. And the short film Expocaña 82, by Jesús Garay, who filmed the exhibition as if it were the takeoff of a rocket (in this case, the Assumption of the Virgin) towards the moon …

After the death of Ocaña, the moon has only been seen four times: welcoming people who entered the Plaza Reial where a party was held in his name (1984), fleetingly in the Comediants film, Karnabal (1985) ), in a Marató de l’Espectacle eclipsing the Sun (1999) and in the exhibition Beata Ocaña (2008), which recalled the 25th anniversary of his death.